Where I Stand on the Issues

During my service to you in the Georgia House of Representative, I have championed continued fiscal responsibility in the State’s budget and spending, meaningful tax reform (including passing the largest tax cut in Georgia’s history), teacher pay raises, backing public safety from all possible angles, supporting historic mental health initiatives, addressing nursing and physician shortage through targeted legislation, and stood with fellow Republicans to take the lead in bringing Georgia’s voters a more secure, accessible, and transparent election system. I have voted in favor of all possible tax cuts and all second amendment legislation. 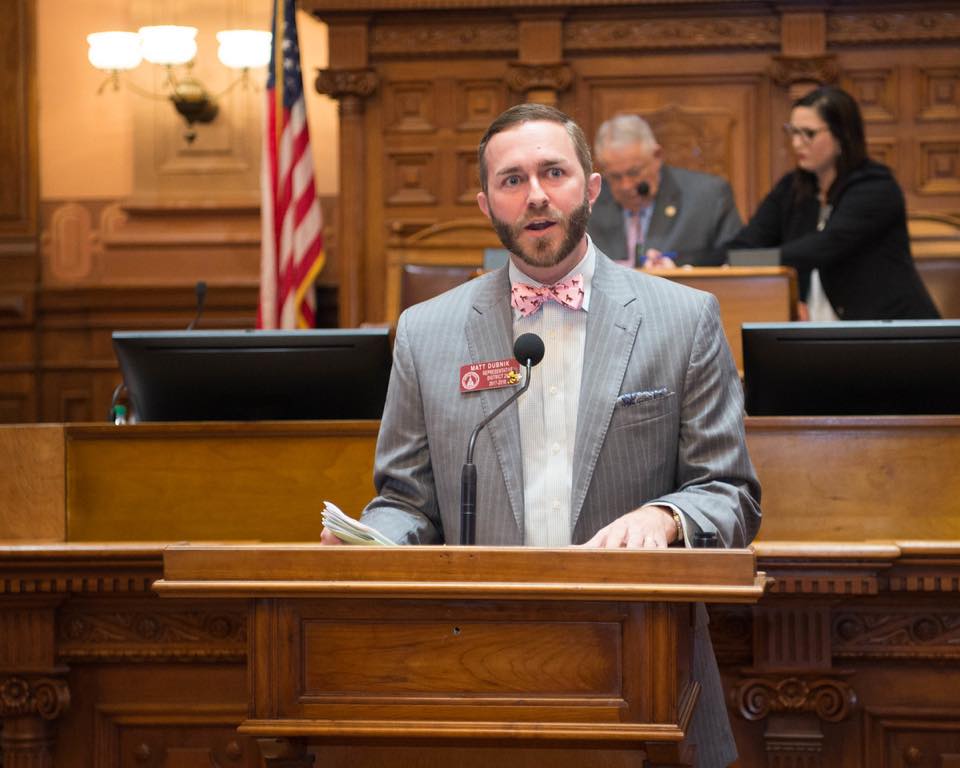 In 2018, me and my fellow Republicans in the House took a historic step to lower the income tax rate from 6 percent to 5.75 percent with the promise that we would lower the rate again in the future.

At a time when inflation is on the rise, supply chain disruptions are in full effect, and most daily goods from food to gas cost the average Georgian more, I’m proud to have led the way to ensure economic success continues. Georgia has been rated the number one state in the country in which to do business for eight straight years, and my actions during the 2022 session further strengthen Georgia’s ability to succeed.

I was proud to support historic income tax reform legislation that includes the largest income tax cut in state history, implementing a flat and fair tax rate while keeping the state in a strong financial position.

The Tax Reduction and Reform Act of 2022 eliminates the personal income tax brackets and replaces them with a flat tax rate of 5.49 percent. By holding all taxpayers to the same flat tax, Georgia is upholding the American ideals of treating all citizens equally. The bill allows for future annual reductions of one-tenth of one percent until the Georgia tax rate reaches 4.99 percent, if certain fiscal milestones are met.

The change will save an average family of four in Georgia, making $60,000 annually, more than $600 per year on their state taxes. The measure eliminates the standard deduction and increases the personal exemption from $2,700 to $12,000 for single filers and from $3,700 to $24,000 for taxpayers who are married and filing jointly. 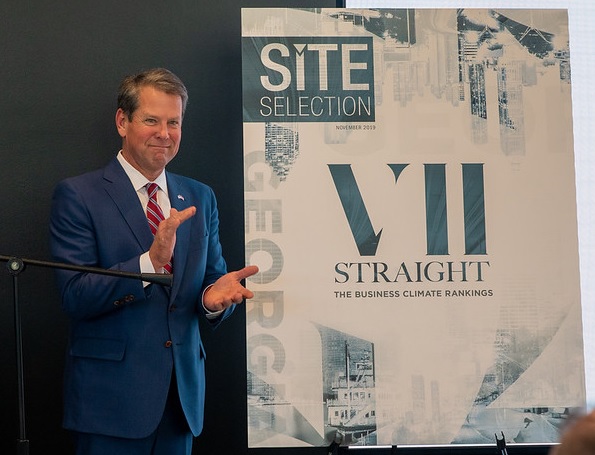 As a conservative, I believe a place to do business in a free-enterprise mindset is what Georgia needs to continue to be the best state in which to do business. I believe that finding ways to positively impact business growth and sustainability will lead to a better place for everyone to live, work and play. I have worked tirelessly to make sure unemployment rates are low, business is thriving and that economic growth continues, without unnecessary Government interference or burdensome regulations. That’s why Georgia has been ranked the number one state in which to do business for EIGHT YEARS in a row.

For the eighth consecutive year, Site Selection magazine has named Georgia the number one state in which to do business. A thriving economy, fiscal responsibility, quality workforce, dynamic landscapes from the mountains to the beach, pro-business framework provided by the Georgia General Assembly, businesses of all shapes and sizes, and a culture of collaboration all serve to fuel the growth of Georgia’s diverse economy. 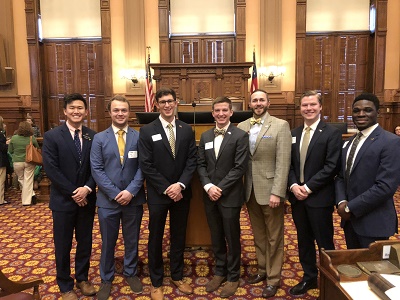 One of the biggest challenges facing any business is that of a strong workforce. It is critically important that children receive a quality education, that higher education is promoted as a viable option for everyone who seeks it, that our technical colleges are front-and-center to offer another path to a career, and that businesses of all shapes and sizes are able to find the best candidate to grow their business. I have worked diligently to promote education at all levels to help foster development of a strong workforce. I have worked hand-in-hand with the community to make a difference to see that education and an educated workforce come first.

Under my leadership as Chairman of the House Education committee, and in my role as Secretary of the Appropriations committee, and for the third time in the past four years, Georgia has fully funded the Quality Basic Education (QBE) formula. This outlines how state dollars are spent to support education in Georgia. This shows a monumental commitment to further enhancing the quality education our children in Georgia receive. The FY 2023 budget provides the most state funds ever appropriated to K-12 education and includes full austerity restoration, thereby restoring all reductions made in FY 2021 due to the decline in state revenues from the COVID-19 pandemic.

These decisions have resulted in an unemployment rate below the national average and the lowest of the ten most populated states, record job growth, and more economic investment than ever seen. Businesses of all shapes and sizes are flocking to Georgia because of our educated workforce. By working to put hardworking Georgians first, I’ll continue to make Georgia the best state to live, work, and raise a family.

Additionally, we are returning more than one billion dollars to Georgia families so that they can choose how best to spend their hard-earned income to benefit their family. The refund is automatically credited once a taxpayer files an individual income tax return for 2021, and any refunds due shall be credited against outstanding income tax liability. We’ve done all of this while maintaining our AAA bond rating from all three rating agencies (something that we’ve done for more than two decades) and increasing our rainy day fund to more than four billion dollars. 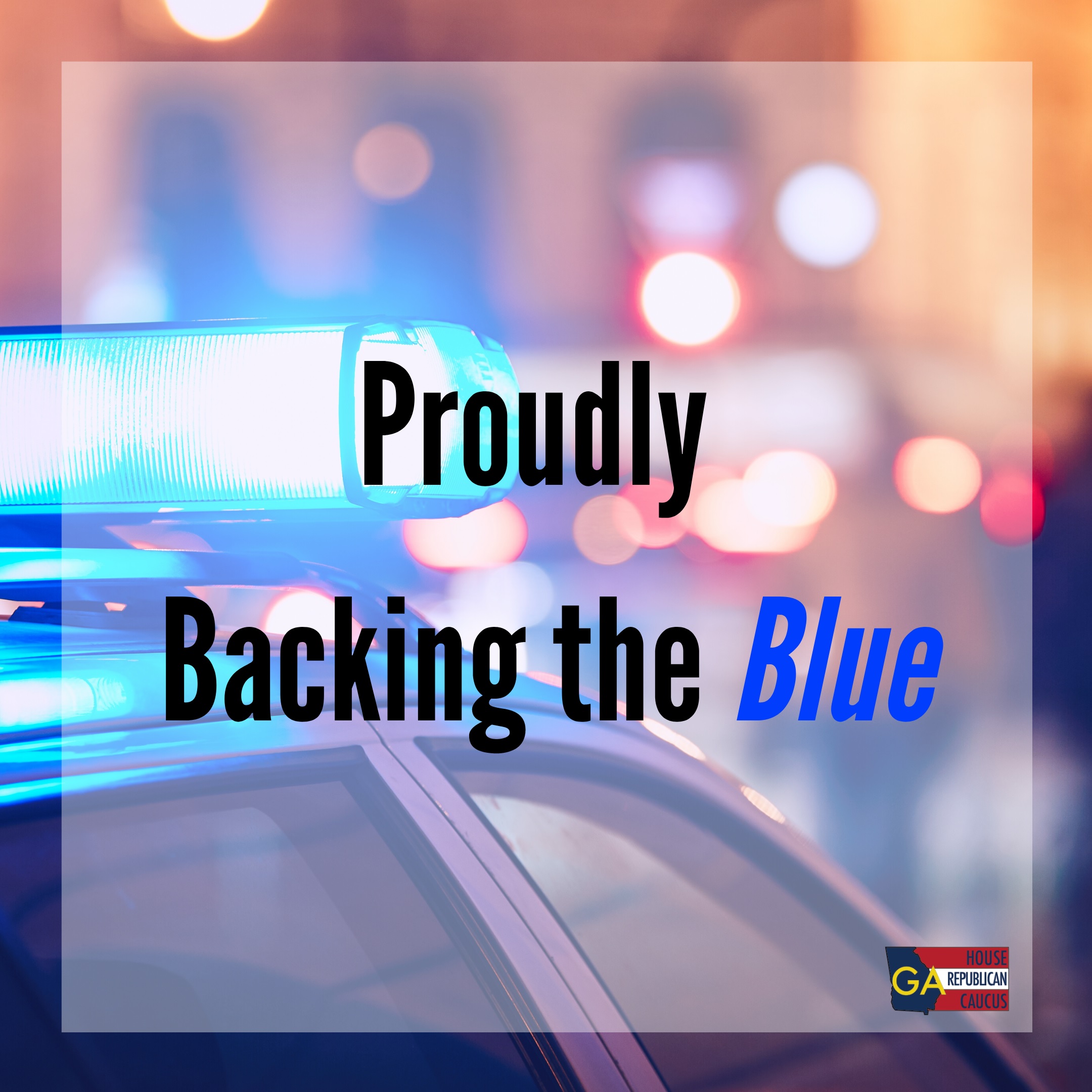 Our law enforcement officials and first responders answer the call of duty and bravely serve on the front line each and every day to protect lives and livelihoods of all Georgians. I supported the Back the Badge legislation in 2017 which increases punishment to individuals who commit certain crimes against public safety officers. In 2020, I helped to pass House Bill 838 (known as the Peach Officers Bill of Rights) which creates a new crime of bias-motivated intimidation, which would apply to the death or serious bodily injury of a police officer, firefighter or emergency medical technician. The crime would also apply any time someone causes more than $500 in damage to property owned by police, firefighters or emergency medical technicians because of “actual or perceived employment as a first responder.” The bill also allows an officer to seek civil damages in instances where a claim was brought forth against them when the person knew the claim was false at the time of filing. I helped to provide a $1,000 pay supplement for all eligible sworn law enforcement officials and first responders in Georgia. I secured additional resources for the Georgia Bureau of Investigation’s medical examiner and crime lab offices, ensuring that we can clear backlogs and provide justice to Georgians.

I proudly back the badge and will always support our law enforcement and first responders. 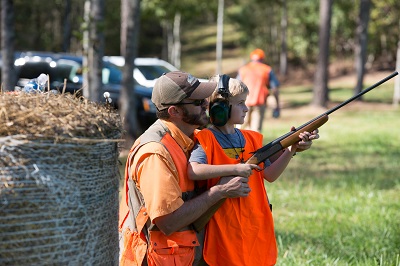 A well regulated Militia, being necessary to the security of a free State, the right of the people to keep and bear Arms, shall not be infringed.
-Second Amendment to the United States Constitution

The Founders were declaring that we are all equal, and that we are defined by rights that we are born with, not given to us by government. Among those rights is the right to pursue happiness; to live our lives as we think best, as long as we respect the right of all other individuals to do the same. The Founders also declared that governments are created by people to secure their rights. Whatever powers government has are not “just” unless they come from us, the people. I will continue to be a vocal advocate of the Second Amendment. 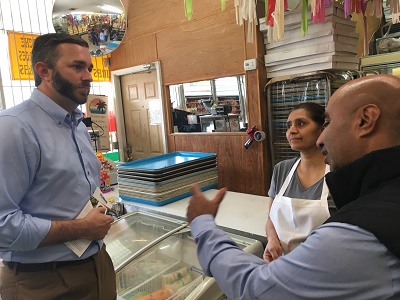 I believe that all elections should be fair, accurate, and secure. I have done everything in my power to make sure the voting process going forward affords all Georgians confidence that the system delivers secure, accurate, and fair results.

I voted to support SB202 during the 2021 session, as it is a measured bill that restores voter confidence, not only in the ballot box, but in the voting process. Conversation around voter law changes begin after the 2016 presidential election, and continued through the 2018 gubernatorial election, the November 2020, and January 2021 elections as well. Both sides of the political spectrum have been clamoring for changes to Georgia election laws.

In closing, consider this: more Georgians voted in the November 2020 general election than ever before – some five million voters. Georgia is a state that cherishes the right to vote, encourages citizens to vote, and protects the sanctity of the ballot box. By this bill being signed into law, we ensure elections are fair, accurate, and secure. I would never, ever vote to pass legislation that restricts voting. And I truly believe what we’ve done enhances both access and security.

Paid for and authorized by:
Committee to Elect Matt Dubnik